When we opened the door at 9:30am last Sunday and stepped out into the street the silence hit us like a giant wave. It was like the big machine of the city had stopped turning; that constant familiar humming was gone. A thick fog had wrapped itself around the buildings in the distance and just a few early risers were wandering the streets. For a moment it looked like it could’ve been the zombie apocalypse, but as the rest of the city woke up and the street started to fill with bikes, carefree steps, music, laughter and the smell of barbecue; It was obvious that the yearly car-free Sunday had arrived.

That’s me riding away on my Villo! We were lucky as there were always bikes when we needed them. 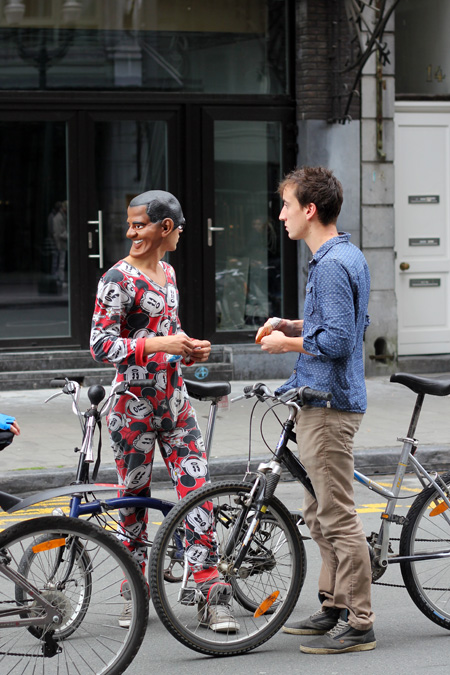 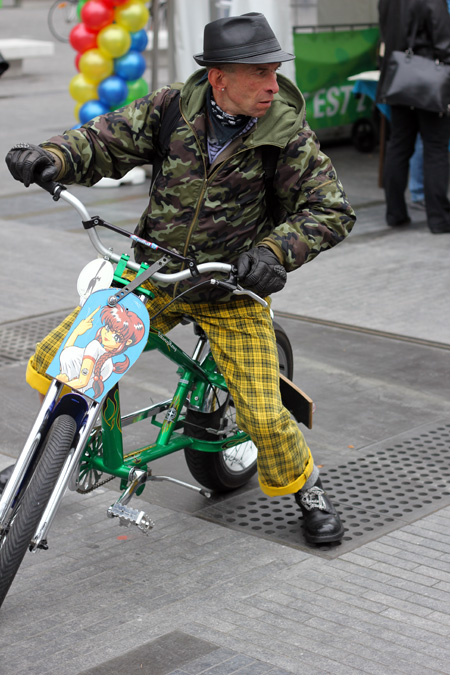 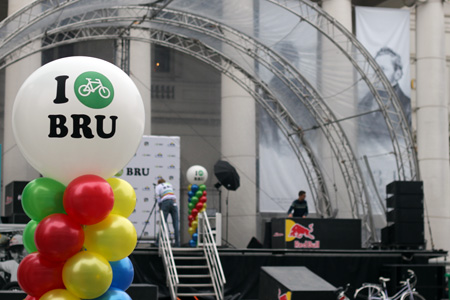 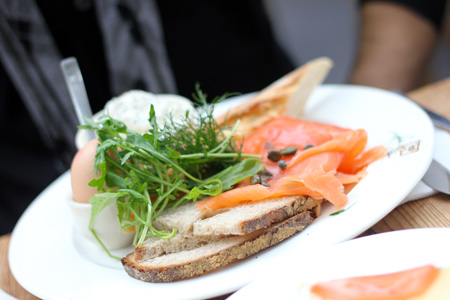 We had brunch at Le Pain Quotidien at Sablon

And then walked up to the Parc Royal, where a Slow Food festival and a Bio Market was taking place.

The countryside had really arrived to the city.

We discovered Cerisette, a new alcohol-free drink made from malt; a perfect non-alcoholic alternative for Kriek 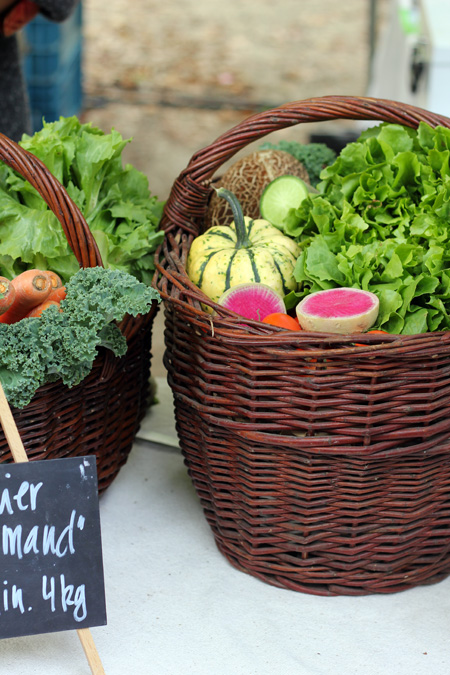 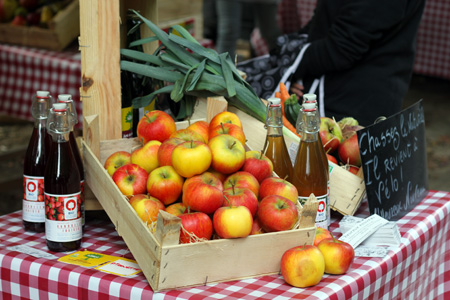 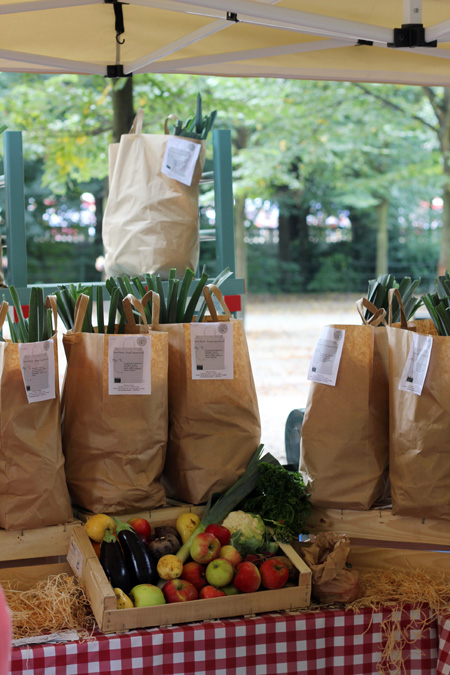 Meet the people who produce your food – how cool is that? 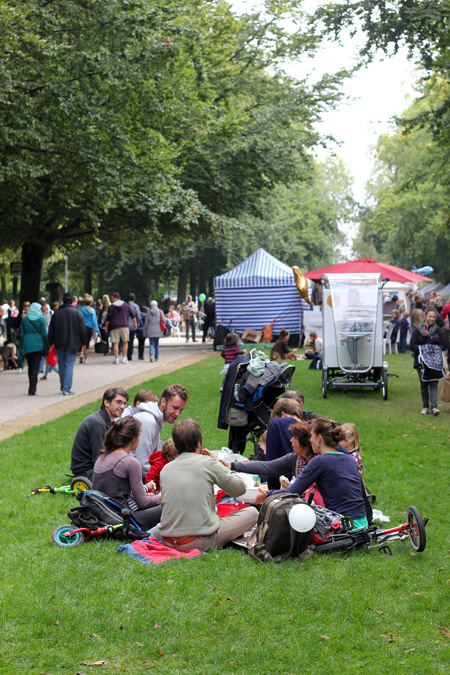 There was a wonderful picnic atmosphere all around the city. 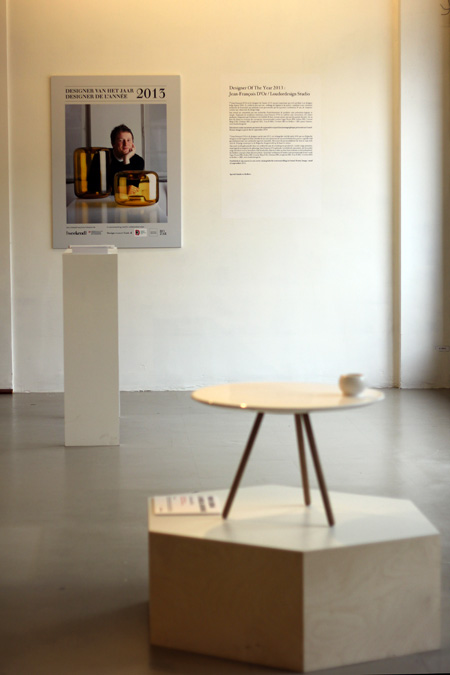 A quick stop at Bozar where some of the works from Jean Francois D’Or – Belgian designer of the year 2013 – were presented among other interesting object from other contemporary designers. 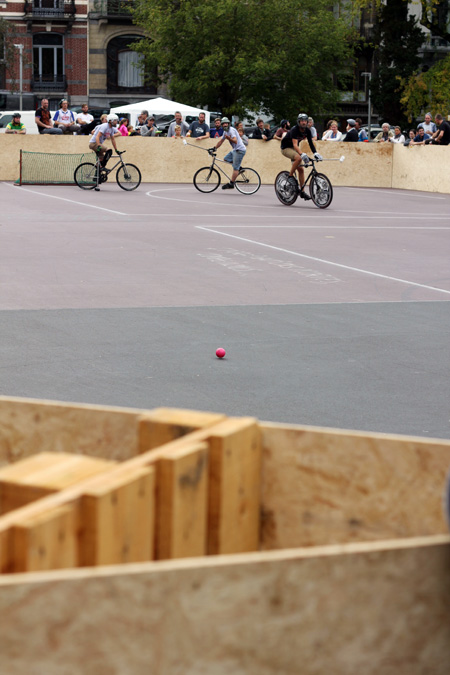 There were plenty of activities going on in the various communes of Brussels. Back in Saint Gilles we found ourselves in the middle of a game of bike polo. 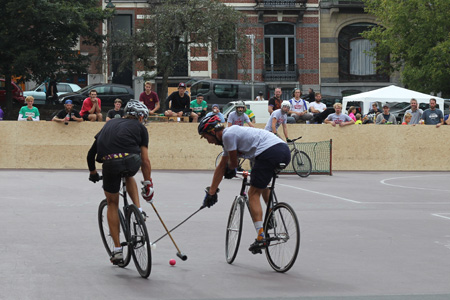 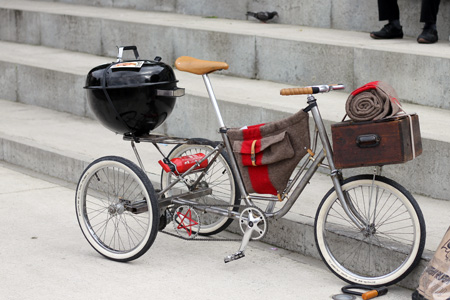 This was without a doubt the most awesome bike I saw! 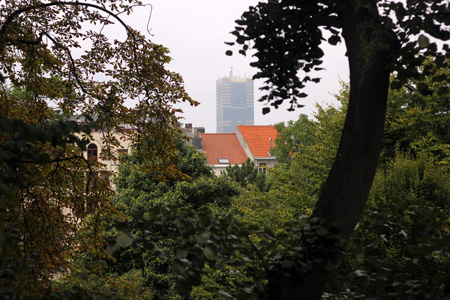 We were tired but happy after all the walking and biking, so the rest of the evening was just for relaxing.

Welcome to 3Rooms+Kitchen! Good Food and Sustainable Living. Dreams and Beauty. Inspiration and Creation. Stories from Home and Away. Wonders of Everyday Life.

“There is only One Success: To be able to spend your life in your own way.”