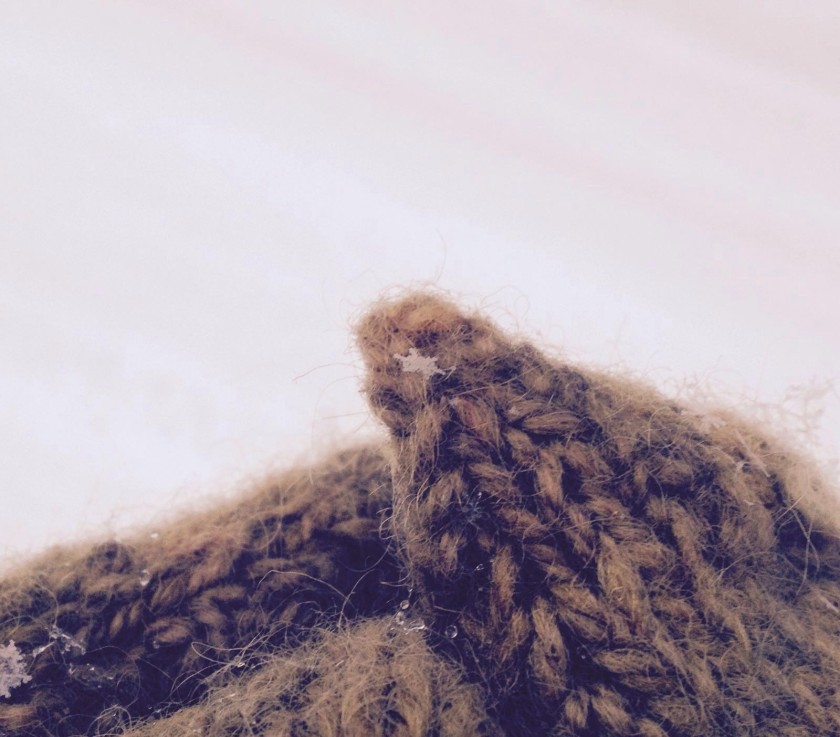 Outside the window light snow is falling, a solitary bird is balancing on a thin branch. It’s quiet; the only sounds I can hear are my own breath and the fire burning in the large oven. Six weeks ago I was looking out the window into one of the big avenues of Brussels, listening to the sounds of traffic, the passing trams, people shouting at each other from across the street, neighbours running up and down the old wooden stairs. There are many stories about leaving the corporate world, making a dramatic life change, starting over. This story is mine, and it’s just beginning.

For the past year I haven’t been blogging much and in fact I haven’t been doing much of anything, because I have been tired. After several years of work in big multinational companies I had reached a comfortable position with management responsibility and interesting projects. I had wonderful friends, my husband and I lived in a nice city-apartment in a good neighbourhood. But there was an uneasiness growing inside me. During the past few years I had gotten back into yoga and self-development, I took a yoga teacher training course and I was passionate about coaching and healthy lifestyle. The gap between my values and passions and what I was actually doing with my life was growing deeper.

I was commuting to work on a packed smelly tram, spending eight hours a day at the office discussing reports and strategies, targets and how to increase efficiency, riding back home on the tram, trying to find the energy to cook, sitting a couple of hours in front of the TV, sleeping and then repeating all of it again the next day. I tried to maximize my free-time by taking courses, reading self-development books, planning my own wellness business or developing recipes to blog about. One day I was in a book shop with a friend and picked up a book called “How to Be Idle” by Tom Hodgkinson and while I was browsing it on our way to the metro station I said with great enthusiasm: “Maybe I could start doing workshops on this!” My friend laughed and said “Oh My God, listen to yourself, you’re already planning to use that book for a workshop!” She was right, I was so far from knowing how to be idle as it gets.

While I had enjoyed my job in people management and had great colleagues and a supportive boss, I started to struggle to find meaning in my work. It felt like I had gotten side-tracked in life, I had been climbing a ladder just to find that it was leaning against the wrong wall. I felt tired all the time and guilty for not having enough energy to do the things I loved. At the end of last summer things started coming crashing down. I started dreading going to business meetings. My power suit and high heels started to feel like a bad disguise and my true self was screaming to come out. To throw away a good steady job and the comfortable life with financial security seemed irrational, yet I realized that I was always waiting for my real life to begin. I was telling myself that someday I’d start my own business, grow my own vegetables and act on those creative ideas that were filling my notebook. The relationship between my husband and I was cracking as he was fighting his own demons, unable to support me and I was losing my strength to support him.

When my health collapsed I was forced to stay in bed for a couple of weeks. At first I tried to convince my doctor that I’d be fine in a few days, but when I returned to work I was back home in a week. I had troubles with my eye-sight, I had heart palpitations, my intestines were infected, I had headaches, I was losing my hair, my skin was breaking out, I could barely walk. It took me a week to get over the guilt. I felt so bad leaving my projects for my colleagues, I wasn’t there for my team, and my boss must have thought I was a total failure. Slowly, I learned that the best thing I could do for myself and for my colleagues was to take time to recover, to regain my strength and my balance. I found a career coach, who herself had been through exhaustion and a career change and she was a great support for me in establishing my values, aspirations and facing my fears; biggest of them being the fear of scarcity.

When I returned to the office after two weeks, it felt even more alien to me. I couldn’t fit in anymore. In the evenings I cried, during the nights I couldn’t sleep, I didn’t know what to do. I wished that this crisis would pass and I could go back to my normal life, contribute to the company and be that energetic person who would make a difference. But I was being called home, home to myself and to a life that looked like me. The pull became stronger and stronger until one day during a Yin yoga session the thought came to me with total clarity: “The time is now, you need to do it now.” 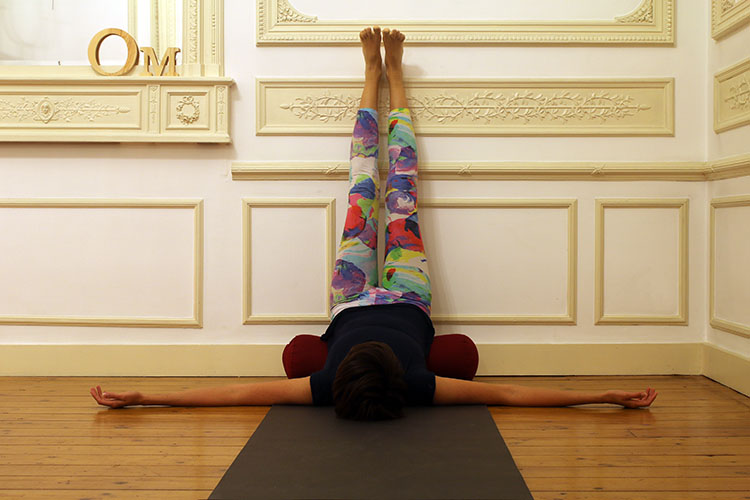 After I had handed in my resignation I felt both terrified and empowered. From there everything started rolling quickly. We decided to move to the Finnish North Karelia, away from the city. I contacted a community where I had delivered a yoga workshop the previous year and they happened to have a free room from January. We said we’d take it.

Two months later we were standing on a freezing platform in the dark with five suitcases waiting for a train to Joensuu. Three weeks ago we were sitting on a bus to the city. My husband was starting an intensive language course and I was on my way to a meeting with the authorities to discuss my business plan. I leaned into my husband and said how amazing it was: You spend years in some place and it feels like nothing exists outside that life, outside those routines. And just in a couple of weeks, you can find yourself in another life, in another place, and you have a new place, new routines in that system. It’s amazing how quickly we find our place again, after spending years feeling stuck and afraid.

Today we woke up with the sun. It lingers a bit longer in the sky each day. We made pancakes for breakfast. Someone lit the fire in our big living room while we were out on a walk in the fresh air. The only footsteps next to ours were those of rabbits and squirrels. The silence of the country side has given us the chance to find space for our own voices to be heard. We are reaching out to re-connect and support each other, to find peace.

I now realize that my ladder wasn’t leaning against the wrong wall. I was on that ladder because of the choices I had made and it was just time for me to jump onto another ladder. I take all my valuable experiences, all my knowledge with me and I can draw from them in this new life. This week I officially became an entrepreneur. The things I love are now becoming my livelihood. It has been busy and challenging as I’ve gone through tons of administration, moments of self-doubt and fear, but I haven’t looked back once. This road is just beginning, I have no idea what lies ahead, but I’m grateful to be on it.

P.S. I’m still finding it extremely challenging to enjoy being Idle. But I’m working on it!

Welcome to 3Rooms+Kitchen! Good Food and Sustainable Living. Dreams and Beauty. Inspiration and Creation. Stories from Home and Away. Wonders of Everyday Life.

“There is only One Success: To be able to spend your life in your own way.”